Papaya Films is one of the biggest production houses in Poland.  They have won the most prestigious awards in the advertising industry such as Best Production House of The Year in 2019, 2018, 2017, 2016, 2012, Grand Prix Glass Lion 2019 and Grand Prix Titanium Lion 2019. Papaya Films carries out comprehensive campaigns based on video productions for TV, online channels, mobile and VR technology. They also organise the biggest European contest for young directors – Papaya Young Directors – and founded the Papaya Films Academy which runs workshops & courses. The company is also a publisher of the movie-lifestyle Papaya.Rocks portal. Main offices are based in Warsaw, London and New York.

In 2019, Papaya Films won Best Production House of The Year award (part of the prestigious KTR contest) for the 4th time. The main challenge for the agency was to create an animation showing this honorable mention.

The multimedia team of MADOGZ created a concept, produced an animation and sound design, as well as prepared both – digital and print creatives. 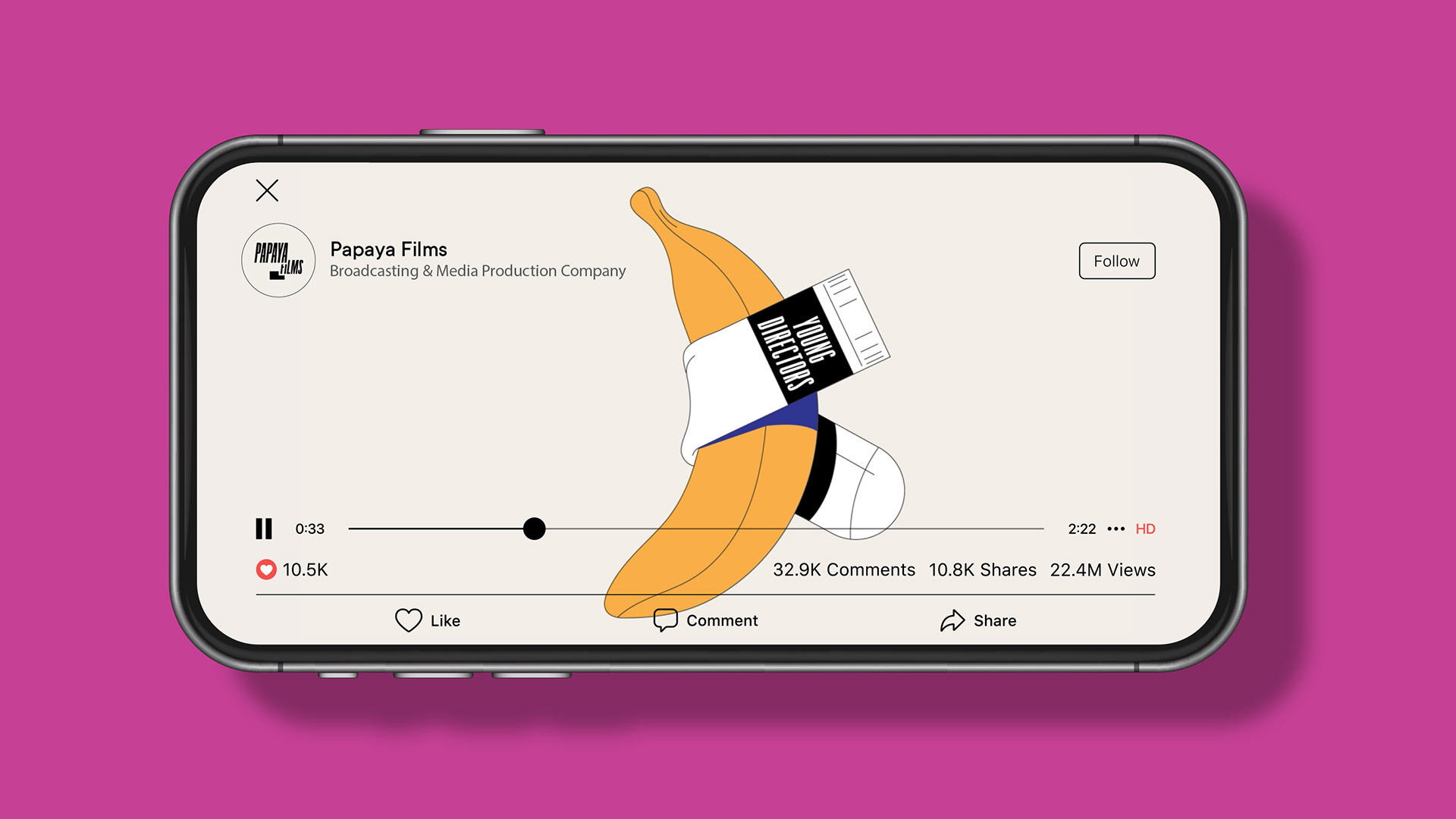 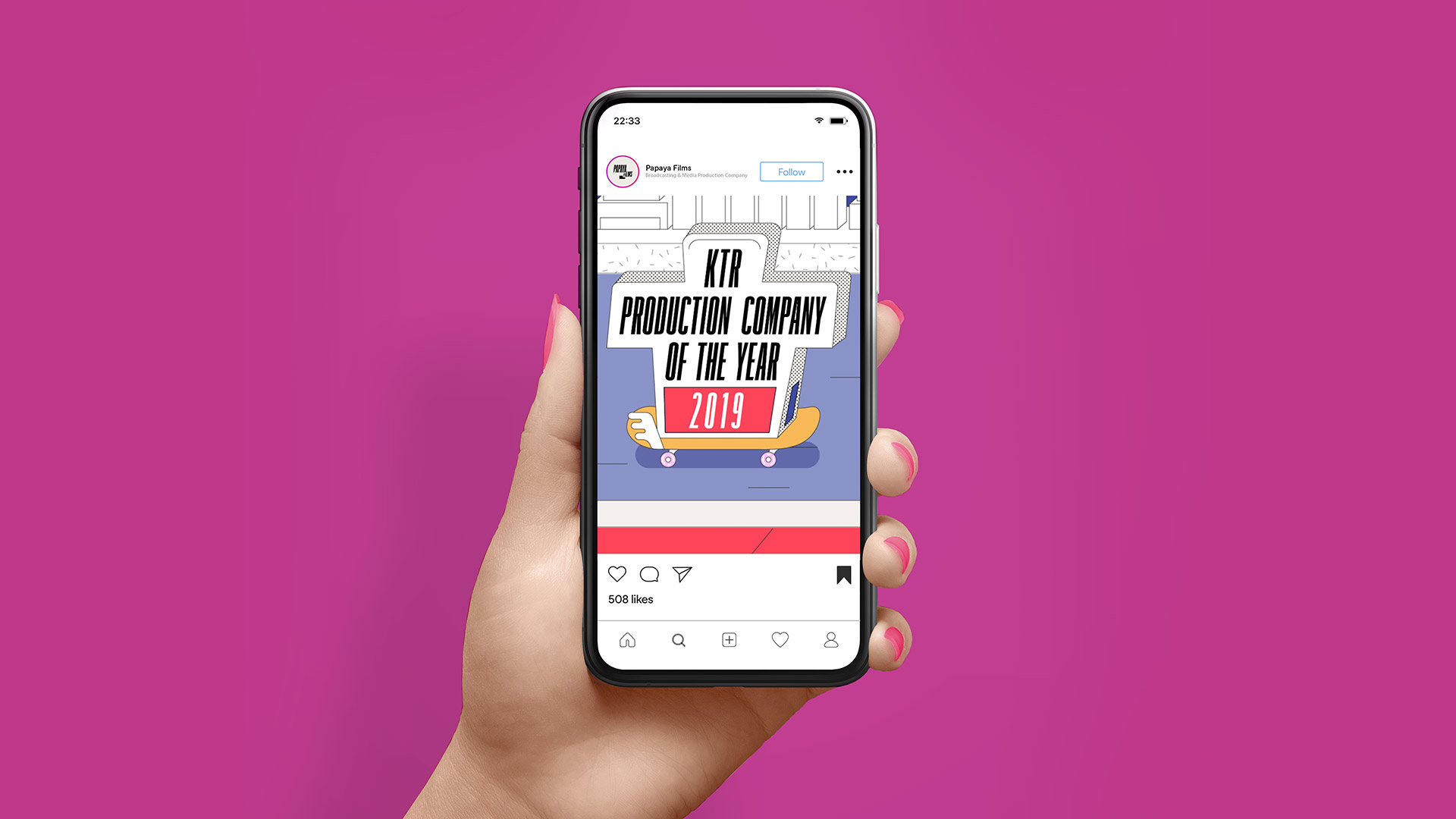 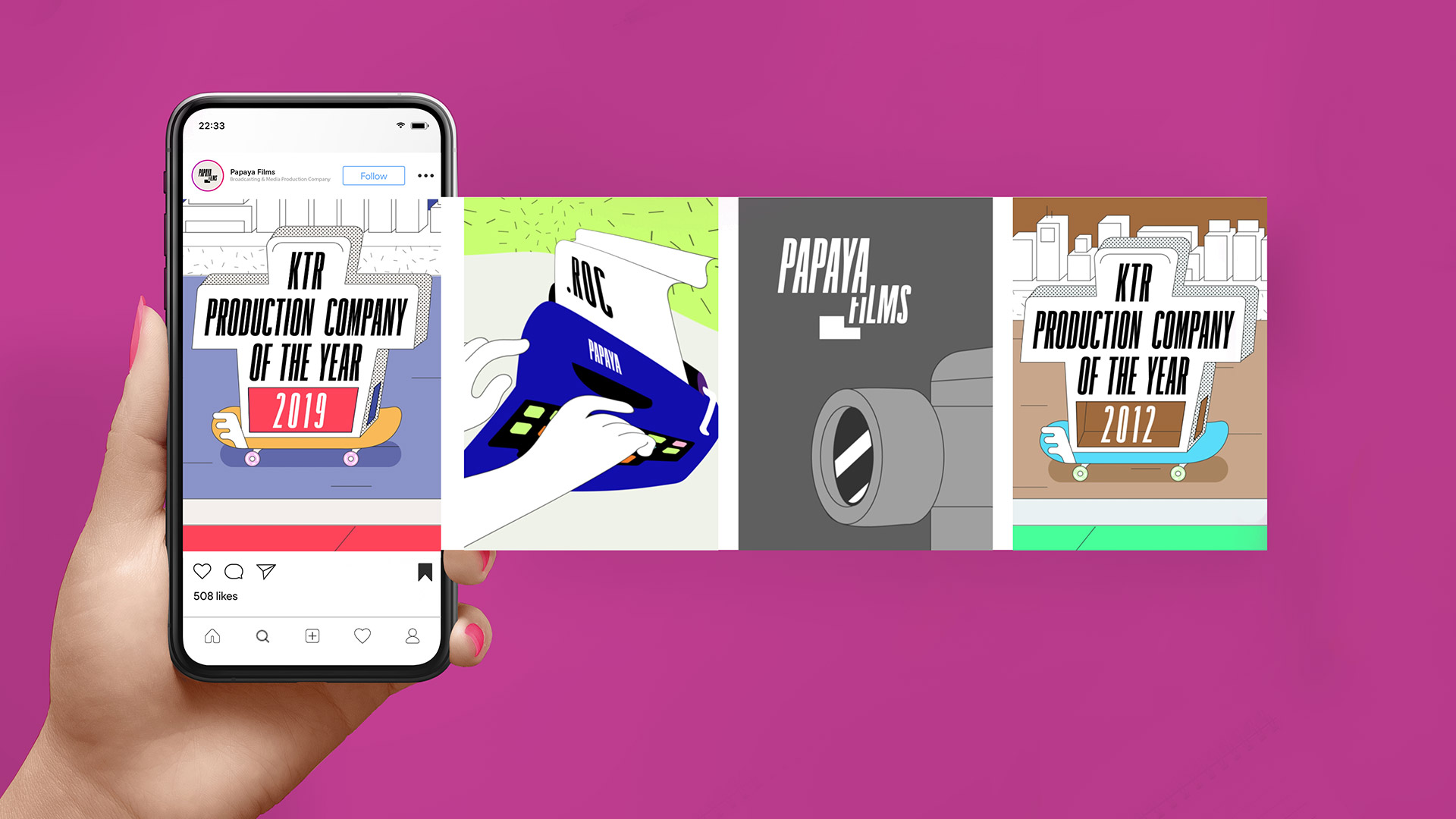 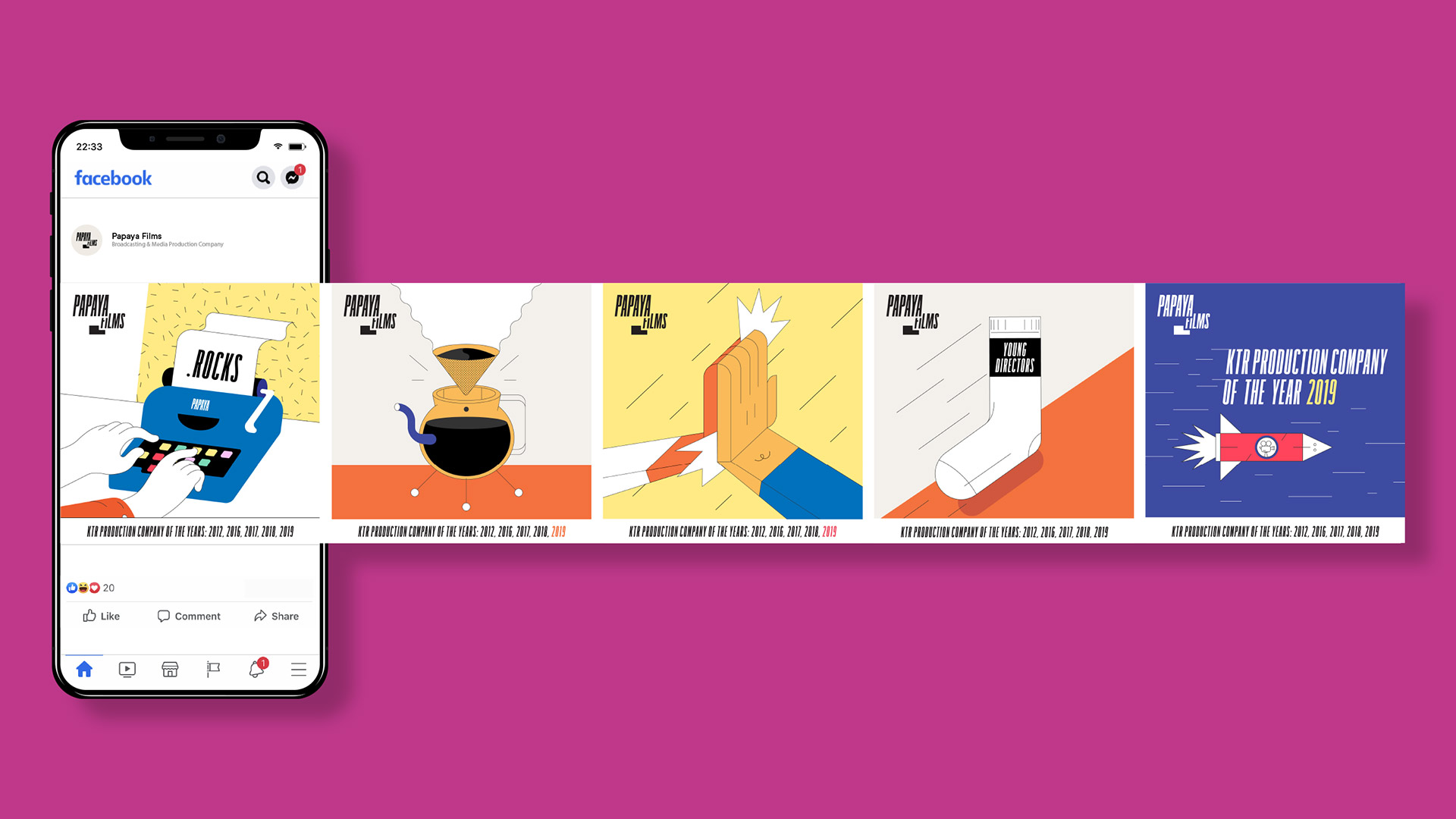 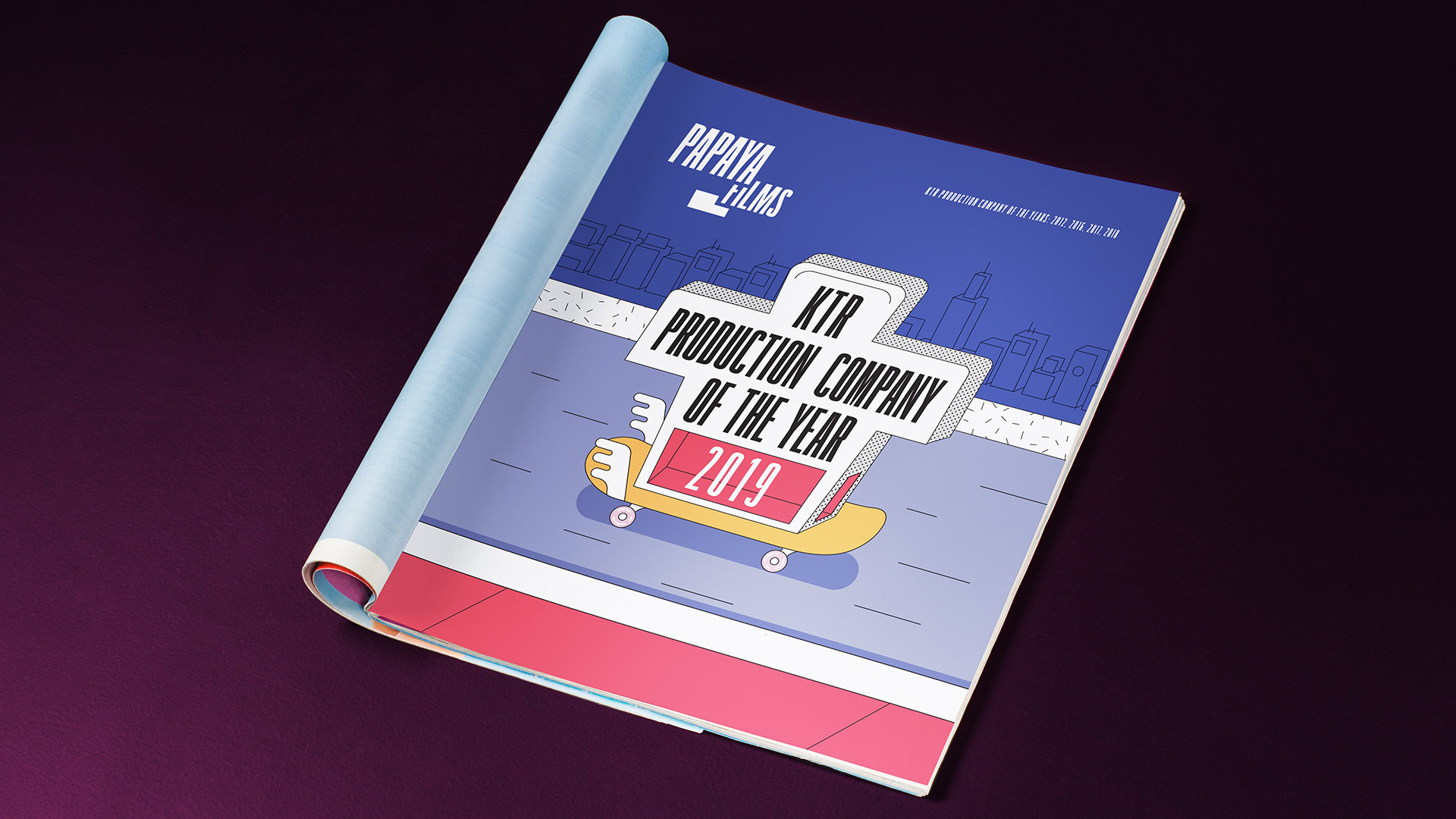 The MADOGZ team’s experience and rich portfolio from motion and sound design let us create highly professional material for such a demanding client whose productions & realisations are setting trends for the whole advertising industry, not only in Poland, but also on foreign markets. We’ve proven that we have sufficient competences for preparing multimedia materials of the highest possible quality with the best benchmarks on the market.

Project: Preparing a video animation to celebrate “Papaya Films as the best production house of the year”, which thanks to its’ distinctive characted will fit into social media and can be easily  converted onto various platforms.